There is no common definition on the exact force constant values of stiff (or hard) and soft AFM cantilevers. Our own definition of these terms is the following:

For more information on AFM cantilevers, please contact us.

The corrected resonance frequency fcorr of an AFM cantilever takes the AFM tip mass into account. Here, the AFM tip is modeled as a cone with height H and a base diameter H.

The calculator below calculates important parameters of silicon AFM cantilevers based on their geometric dimensions.

The calculator calculates the resonance frequencies and the force constants according to the following formulas: 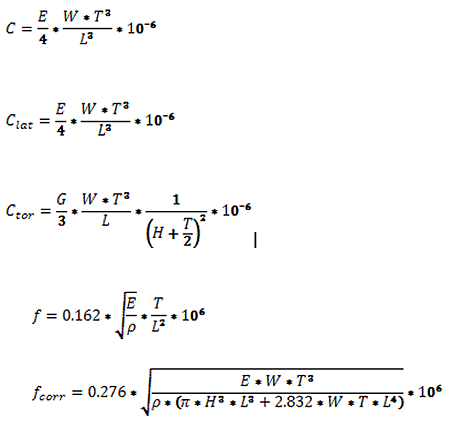